Our primary strategy is to acquire interests in and to own, assist, manage, and identify investment opportunities and acquisitions in non-plant touching companies which are well-placed to take advantage of the dynamic regulatory environment surrounding medicinal cannabis.

Pharma C was established to capitalise on the ancillary businesses (the “picks and shovels”) in this rapidly growing sector. Central to Pharma C’s investing thesis is to remain non-plant touching.

With the European medical cannabis industry projected to be €403.4 million by the end of 2021*, ancillary businesses offer an attractive opportunity, allowing investors to play a key part in the growing industry without infringing on any restrictive cannabis legislation.

*As reported by Prohibition Partners in The European Cannabis Report: 6th Edition

Pharma C Investments will focus on identifying investment opportunities in the medicinal cannabis sector with a particular focus on the United Kingdom, Europe and Israel, that are internationally recognised as having well-developed and reputable laws and regulations for the research and production of medicinal cannabis, and that comply with the UN Narcotic Conventions.

The Company’s investment strategy will focus on companies operating in the development of ancillary products and services (as opposed to those companies “touching the plant”) which serve the legal, regulated supply chain, particularly in data, technology, formulation and product IP, plant genetics and laboratory testing services. The company will also develop a portfolio of investments in the media, education, and training industries for those in the medical profession and healthcare practitioners. 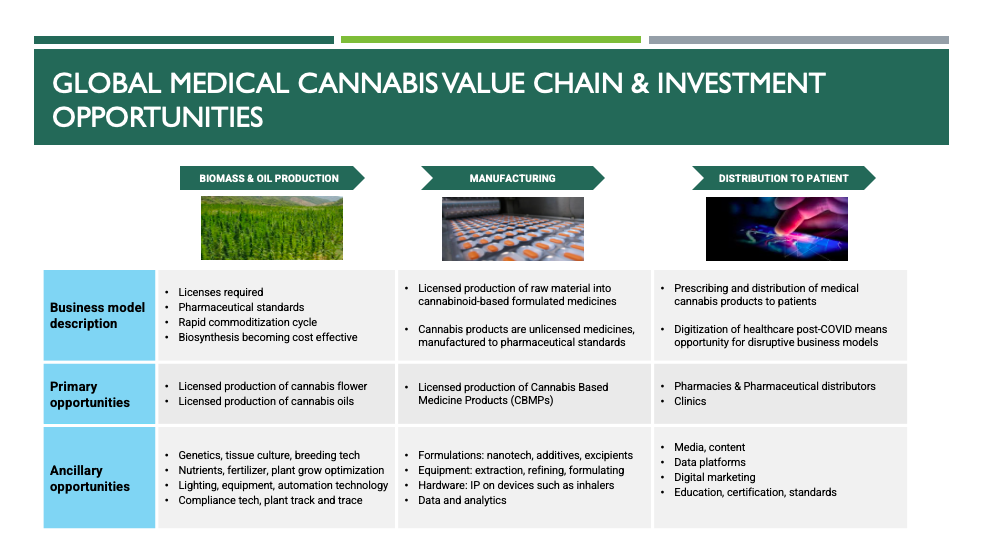 The Company believes that it has significant technical experience within its Technical Advisory Board in relation to assessing the opportunities surrounding medicinal cannabis and in identifying opportunities for the Company’s investment strategy. Pharma C’s Directors, together with the Technical Advisory Board, are highly confident that they have the ability to source investment opportunities pursuant to the Company’s investment strategy. Pharma C expects to provide investee companies with strategic insights and offer operational support and assistance to realise their growth targets. 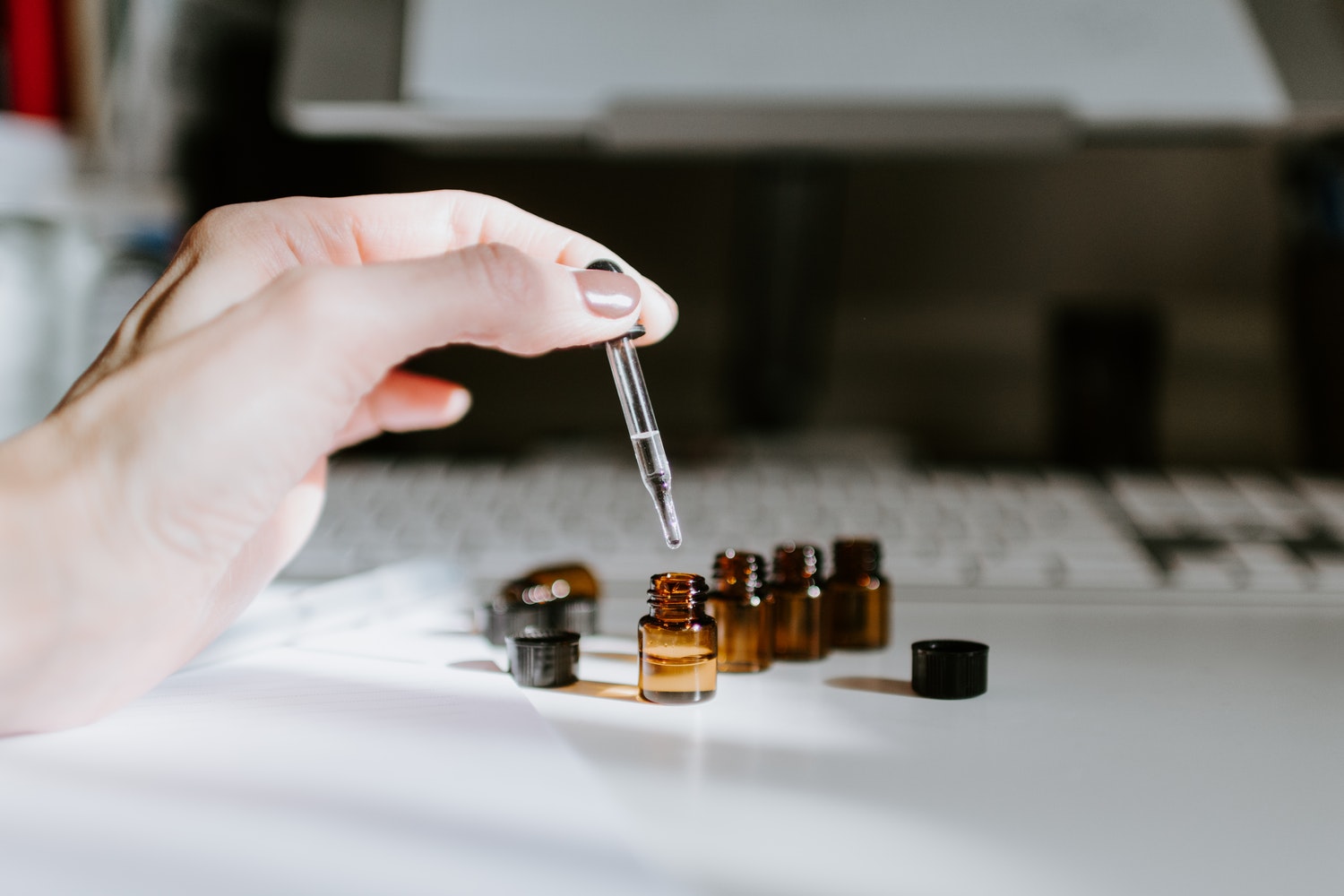 Cannabis is a plant which has been used for therapeutic benefit for thousands of years. Medicinal use of cannabis refers to situations where a doctor prescribes or recommends the use of cannabis as a treatment for a diagnosed medical condition of his/her patient.

The movement to use cannabis as a treatment of a medical condition is driven by various factors, including perceived inadequacies in current medications to treat specific symptoms or diseases, and reported benefits derived from medicinal cannabis.

The former Chief Medical Officer for England and Chief Medical Advisor to the UK Government, Professor Dame Sally Davies, and the ACMD have reported that there is conclusive evidence of the therapeutic benefit of cannabis-based medicinal products for certain medical conditions.

The US National Academies of Sciences, Engineering and Medicines, one of the leading scientific academies in the world, has also found conclusive or substantial evidence that cannabis or cannabinoids are effective, in particular (a) for the treatment of chronic pain in adults; (b) as treatment for chemotherapy-induced nausea and vomiting; and (c) for improving patient-reported multiple sclerosis spasticity symptoms.

The Australian Government Department of Health has also found high quality evidence for the use of medicinal cannabis products in epilepsy, through licenced drugs such as Epidiolex. While there are a large number of active cannabinoids found in cannabis, the two most commonly currently used for medicinal purposes are tetrahydrocannabinol (THC) and cannabidiol (CBD).

THC, a psychotropic cannabinoid, has been shown to activate pathways in the Central Nervous System which work to block pain signals, and has shown significant potential to assist patients with Post Traumatic Stress Disorder and stimulate appetite in patients following chemotherapy.

CBD, on the other hand, is non-psychotropic and has shown potential to relieve epileptic convulsions and inflammation. Plant strains referred to as Sativa, Indica or hybrid varieties produce both THC and CBD and are available in varying potencies. There are many minor cannabinoids, terpenes and flavonoids in the cannabis plant which are theorised to support the benefits of THC and CBD-the Entourage Effect.